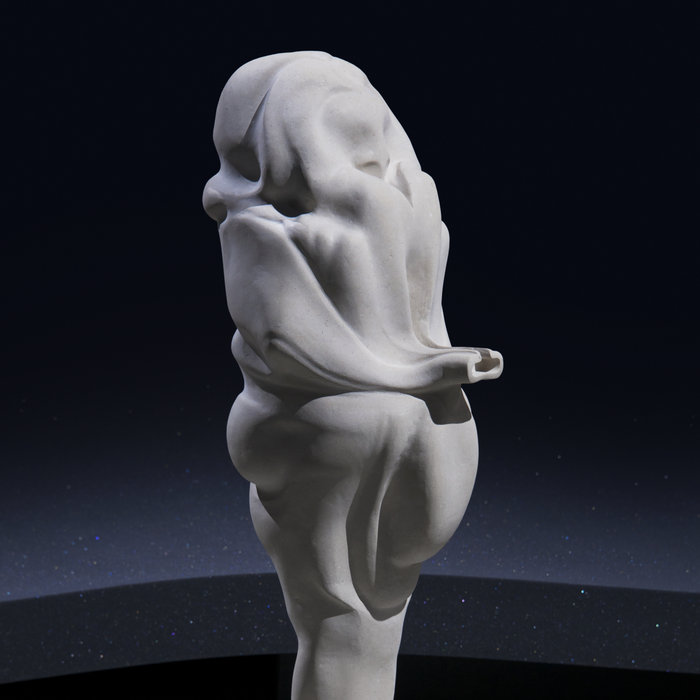 After a banner year that witnessed Lafawndah release her first album Ancestor Boy, the debut of her soundsystem Fara Fara, and further incursions into film, contemporary art and fashion, the ceaseless artist returns with another plot twist: The Fifth Season.

Inspired by her encounter with author NK Jemisin’s Broken Earth trilogy, Lafawndah both pays homage to and extends further the elemental, emotionally charged myths of Jemisin’s books. These are stories where a broken heart can tear apart a continent. In contrast to the precision- tuned industrial productions of Ancestor Boy, The Fifth Season breathes a different kind of volatility. Inviting a new degree of spontaneity and freedom into her process, Lafawndah’s collaborators - Theon Cross (tuba), Nathaniel Cross (trombone), Valentina Magaletti (percussion), and Nick Weiss (keyboards) - encircle her confrontational character studies with iridescent, cinematic chamber-bass moves.

These are torch songs for when it rains ash, creation ballads for when the earth turns inside out. Ghosts of Art Ensemble of Chicago and Rahsaan Roland Kirk color the air, yet Lafawndah’s mastery of pop songcraft, vocal production and razor-honed clarity of purpose cut through. In addition to the Lafawndah originals, The Fifth Season features interpretations of hybrid-folk godfather Beverly Glenn Copeland’s “Don’t Despair” and acid-impressionist prodigy Lili Boulanger’s “Old Buddhist Prayer.” Album highlight “You, at the End” deploys a poem by poet-performer Kate Tempest to aching, rift-tearing ends, and french dream-trap wraith Lala &ce features on “Le Malentendu”.

The Fifth Season anchors Lafawndah as a descendent of forebearers Brigitte Fontaine and Scott Walker - a born theatric whose acid humor warps the sub-continental undertow of her emotive storytelling. Lafawndah’s elementalism on The Fifth Season finds her imagination more agile than ever, and recent live shows have evinced a drive to push these compositions further out, deeper, and more aflame.

Lafawndah’s journey to her current incarnation as a devotional pop polymath has wound as unpredictably as her compositional style. Her traversing of musical and artistic milieus has been defined by a freedom of tone, surrealist sense of space, and assured manipulation of formal and psychological tension. ... more

Bandcamp Daily  your guide to the world of Bandcamp